I don’t normally write book reviews, although some of my recent posts certainly belie that assertion. Lol. In my defence I can proudly say, all the books reviewed were written by women of colour, on topics not covered by other writers. The subject of this post, The Return of Faraz Ali by Aamina Ahmad, is also a book by a woman of colour, a crime novel which far transcends its genre.

I’m a fan of well written, intelligent and expressive crime fiction: books delving into the darkness of our world as philosophically and morally as any literary novel. Crime writing by British/Asian writers is an interesting new development. However, I was quite disappointed recently after reading two crime novels by British/Asian writers. The first, Stone Cold Trouble by Amer Anwar, was formulaic, consisting of a predominantly Punjabi male world (with much whiskey drinking of course) but failing to explore  criminality as a product of any deeper human impulses and social fractures. The other novel, A Rising Man by Abir Mukherjee was also male-centred, and extremely troubling in its propagation of colonial-era ideas and racism. Set in 1919 India, with an English police officer as the main character, and a young Bengali man as his sergeant, who is addressed as ‘Surrender-not’, purportedly a play on his name, which most of us would recognise as micro-aggression; the novel is very Bhowani Junction, complete with an anglo-Indian woman as the love interest. 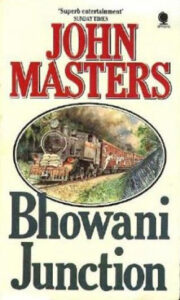 Thus, The Return of Faraz Ali is a rare treat, with the quality of its writing, the breadth of its canvas, depiction of social layers from the most despised to the most privileged, the representation of political turmoil and corruption. Aamina Ahmad was born and educated in the UK, and now lives in the States. At its heart, the novel works through its complex characters: the men and the women, grappling with their emotions, loneliness, the struggle for survival, the attrition of dignity; yet still powered by their need for love and belonging, acceptance and forgiveness. Injustice may be their lot and despair its corrosive consequence, however, occasionally solace and balm can be found in each other. Women’s voices come clearly through the novel. When Faraz tells his wife he had no choice but to accept a posting to East Pakistan (now Bangladesh): “Her face hardened; she was the one who had no choice, had never had any choice, not in anything.”

It’s 1968. A girl has been murdered in Shahi Mohalla, the red-light district of Lahore. Faraz Ali, a young, middle ranking police officer, serving in a nondescript police station on the outskirts of the city, receives a surprise phone call in the middle of the night. He’s being promoted and assigned to deal with the case. Not to solve it, but to cover it up.

The man calling him, Wajid, is the most senior bureaucrat in the province. He’s also Faraz’s father. A father who only acknowledges him privately, barely sees him, and keeps Faraz’s existence secret from his family. When Faraz was a child “Wajid had rescued him, a Kanjar from Shahi Mohalla, from the curse of a grim ancestry and even grimmer future. Kanjari women were born to entertain men, and Kanjar men, if they did anything at all, did the selling. It had always been that way. And it would have been the same for Faraz were it not for Wajid.” Faraz had been sent to live with Wajid’s poorer relatives and constantly warned never to reveal his true ancestry or to return. Now, Wajid needs someone he can trust in Shahi Mohalla and Faraz is his man, though Wajid tries to kill off any ideas Faraz may have about searching out the past, and lies to him, “…your people are all gone from there.”

Wajid’s worst fears are about to come true. Since the birth of his own daughter, Faraz has been thinking more and more about his people, the dimly remembered mother and sister. The posting to Shahi Mohalla begins to strip Faraz of his defences, evoke long-buried memories, instinctually connecting him to the people of the Mohalla, and ultimately interfering with the orders to cover up the crime. Faraz is ignominiously removed from the case, an innocent man is framed and hung for the murder. The powerful have had their way: no consequences will be visited upon them.

Unknown to Faraz, his mother, the aging Firdous is still in Shahi Mohalla, and his sister Rozina, a fading film star, has also returned to the Mohalla, and work she thought she had escaped. At a party, urged to dance by everyone, Rozina is surprised by the unconscious remembrance of her classical dance training by her body: “Did it remember everything? she thought. Did it remember all the things she had trained her mind to forget? Was that why she paced their rooms in the Mohalla, always anxious even when there seemed nothing to fear, certain that some unnamed terror lay in wait for her?” Rozina recognises later that the only two who’ve rebelled and managed to escape their grim fates are her daughter Mina and Irfan (brother of the murdered girl); the young couple refusing to submit to their socially designated roles.

The novel moves between different time zones, going back to the 1940s and WW2, where Wajid is held as a prisoner of war in a desert camp, along with English and allied POWs. The camp’s punishing conditions are described in excruciating detail and the immanence of death creates a crisis of conscience in Wajid, who confides in another, laying the track lines for future complicity and corruption.

Catching up with Faraz, we learn its the 1970s and he was posted to East Pakistan. Here he becomes caught up in the Bangladesh War of Independence, and witnesses atrocities committed by the West Pakistani forces. “He’d seen the army in action, listened to the whispered stories of massacres, of camps where women were chained to the walls, of white bones on riverbanks, …. he had wondered: What did it mean to be a country when your army killed its own people?”

Although, the idea of the past informing the present, can’t be ignored, it’s fair to say not everything from the past is of equal value. The chapters set in the North West Frontier in 1940, primarily to ‘explain’ one of the characters, were unnecessary as this character was already embedded and already suspected in the story. Additionally, the chapters raised the question as to how far explanations should go, and at what point they begin to dilute the apportioning of responsibility.

One of this book’s abiding qualities, is the value given to its characters, particularly women. Sonia, the young murdered girl isn’t forgotten, the last chapter being devoted to her; bringing her alive and giving her a voice and aura of her own. The Return of Faraz Ali is a feat of storytelling, the writing lucid and lyrical, the characters drawn with compassion and understanding; historical and social backgrounds impeccably researched. This book is totally deserving of a place on everyone’s bookshelf.

I would like to mention that Aamina Ahmad is the daughter of a dear friend, Rukhsana Ahmad, the writer and translator. Over the years, I’ve watched Aamina grow up, develop her abilities and mature into a gifted writer. Aamina has won the Pushcart Prize and a Rona Jaffe Writers Award.