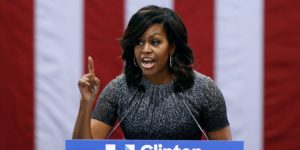 On the eve of a momentous presidential election in the United States, ladies and gentlemen, let’s hear from – Immanuel Kant. “Only two things inspire genuine awe: the starry sky above and the moral law within.” Kant went on to define a good will, as part of this moral law within, because, a good will, is good without qualification, it is intrinsically good; its value is independent of the results it manages to produce.

‘Politics is a dirty game,’ is a saying, that gets bandied around all the time. It means many things, but one of the things it’s saying is that we shouldn’t expect decency or morality from our politicians. Actually, that’s not entirely true, we do expect things from them, else there’s no point in all the heated discussions and debates of an election. We do expect good will, and from that good will, an acceptance of the law and the democratic process.

“I will tell you at the time. I will keep you in suspense,” said Donald Trump, in the last debate, when asked if he would accept the outcome of the presidential election. Words to send chills down the spine. And cast a dangerous threat across our world.

If he doesn’t accept the democratic principle of majority decision-making, then what does he intend to do? Initiate a civil war? Make America ungovernable? Become a dictator?

We’ve been afraid of what may happen if Trump gets access to the nuclear button, but this statement of his, is as good as putting his finger on it. By threatening the democratic process, he threatens the electorate. ‘Give me what I want, or… .’  This man is more dangerous than we’ve anticipated, and his danger comes in many guises. His threat to democracy in the States provides encouragement to every terrorist and demagogue in the world.

Democracy, with all its flaws and failings, is the only protection against tyranny. As well as being the only mechanism for congregating a majority voice. The result may be narrow, the margins low, but the principle delivers what it promises. There may be faults and weaknesses in the process of electioneering, but the principle always delivers. The principle remains true.

Additionally, the workings of democracy may be slow and cumbersome, elections tedious and contentious, but democracy is more than just a mechanism for choosing political representatives. It’s a way of life, an ethos, a philosophy of what it means to be an individual and a citizen, with attendant duties, responsibilities and good will. The democratic ethos runs through every aspect of life, like colour through water: work, education, social relationships. Yes, it’s open to manipulation and abuse, but it’s the only system which allows for change. All other systems cut it off.

Democracy creates accountability, checks and balances. The decisions of democratic governments, at their best, incorporate information, reasoned arguments, a consideration of consequences. It’s a collaborative system which gathers views and opinions, weighs up conflicting needs and demands. Above all, it’s not dependent on the mindset of one individual – with all the dangers that unchecked power creates.

The ‘hive mind’ is a term of the internet age, a brilliant way of harnessing the intellectual power of people, their life experiences and problem solving abilities. Democracy may be rather older than the internet, but at its core, it seeks to do exactly the same: use the power of the hive mind.

Democracy is a value and a commitment. It means the individual sees themselves, and others, as possessing dignity, and being entitled to respect and a voice. A belief that empowers their personal and professional lives; shapes the soul of a person and a society.

In the UK, whenever an election trundles around, a chorus of plaintive voices can always be heard, ‘I’m not going to vote, because my vote doesn’t count.’ Well ‘Dohhhh,’ as good old Homer Simpson would say, that’s exactly the point, because your vote goes into the voting pool and creates consensus, clarifies what the majority want. And means that a country can’t be hi-jacked by the will of one person. Someone please tell Donald Trump that.

If Trump isn’t prepared to accept the result of a democratic election, then why is he participating in one? Apart from breathtaking hypocrisy, he demonstrates an utter contempt for the constitution and democracy. In an essay for the October issue of The Economist magazine, Obama writes “America’s political system can be frustrating. Believe me, I know. But it has been the source of more than two centuries of economic and social progress.”

Trump is threatening to throw out the baby with the bathwater. If he doesn’t win, is he going to ramp up his populist bully-boy rhetoric even more? Incite mob violence, unleash riots and instability, create chaos and havoc? I don’t put it past him. Trump is not above whipping his supporters into a frothing frenzy of violence, whose destruction could far outweigh their numbers. Because that’s how you take power when you don’t believe in democracy. Many have done it across the world.

‘Dictator Trump,’ may sound far-fetched, but when you’ve refused to give a commitment to accept the result of a democratic election, when you’ve demonstrated an utter lack of good will and ‘the moral law within,’ all fears and demons come out to play.

I’m going to rely on that time-honoured political strategy: keeping my fingers crossed that Hillary makes it past Trump.