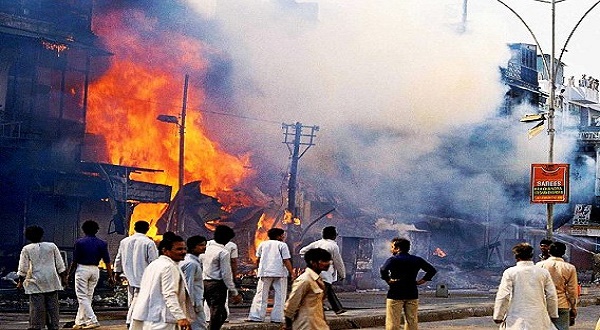 It may be rather risky, but I always prefer to end the old year and begin the new one one on an optimistic note. In this year of Brexit blight, Trump tantrums and the tragedy of refugees fleeing violence I was beginning to fear I wouldn’t be able to keep this promise. So: Thank you Delhi High Court for your verdict of 17thDecember convicting Sajjan Kumar and sentencing him to life imprisonment. This was no ordinary case and Sajjan Kumar was no ordinary accused. 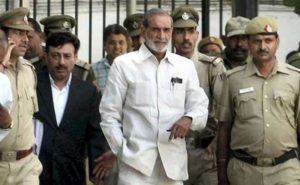 These were the deadly days of November 1st to 4th 1984. Four days in which the Sikh community was targeted: men burnt alive, women raped, houses and Gurdwaras burnt. For decades the official line has been that people rioted out of shock at the assassination of Indra Gandhi by her Sikh bodyguards. Thirty-four years later, the Delhi High Court called it by its name: a crime against humanity,  and passed sentence on a man who’d evaded justice for decades.

Calling the killings of 1984 a “carnage of unbelievable proportions,” Justices Muralidhar and Vinod Goel, in a judgment of over 200 pages, made this definition: “The mass killings of Sikhs between November 1 and 4, 1984, in Delhi and the rest of the country, engineered by political actors with the assistance of the law enforcement agencies, answer the description of crimes against humanity.”

Definitions matter. They can save lives and change outcomes. Domestic violence used to be treated as a private matter till women campaigned for it to be recognized for the violence it was, forcing police and judiciary to change their methods for dealing with it.

Definitions matter because they call out the true nature of things, set a story in motion, reveal underlying connections which were previously, often deliberately obscured, and unveil perpetrators.

Such victories don’t come easily. They are always the result of determined, unremitting work by people who endure hardship, intimidation, and whose lives come to be defined by their struggle. This post is dedicated to the main protagonists, two women and two men.

H. S. Phoolka, a Senior advocate, Delhi High Court, known for never taking on a client who he considers is in the wrong, and for being a central figure in “one of the longest and most torturous legal battle” and “crusades” to gain justice…”

In 1984, as a young law graduate, H. S. Phoolka had moved to Delhi with his wife to take up his first job. On a day when Delhi mobs started to pour into Sikh neighbourhoods, he was driving his pregnant wife to hospital; warned that a mob was ahead, he diverted through slum areas and managed to get back to their lodgings. Hiding them in a store room, their  Hindu landlord managed to convince the baying mob which had come to the house, they’d already left for Chandigarh. When the violence died down, they emerged with an escort, and flew to Chandigarh, crouching in the cockpit of an already crowded plane.

H. S. Phoolka didn’t know the enormity of the carnage till later, when he returned to Delhi and answered an appeal for lawyers to draft affidavits on behalf of the victims. Going to Farsh Vihar relief camp, he was stunned at the number of orphans, widows and haunted mothers. Since then, despite threats, he’s spearheaded the arduous and convoluted fight for justice. Outlook magazine, in its anniversary edition, named him as one of the 50 people who make a difference in India.

On 17thDecember 2018, Justices Muralidhar and Vinod Goel marked the historical significance of the case, by quoting from Amrita Pritam’s epochal poem “Aaj Aakah Waris Shah Nu,” (“Today I Ask Waris Shah”). A poem of the Partition, mourning and marking its murderous bloodletting and the rape and abduction of thousands of women. In quoting from this poem, the Justices made a direct link with the horrors of the Partition and the horrors of the Sikh Genocide of 1984.

Protected by his political status, the patronage of other politicians, the connivance of law officials, threats and intimidation of witnesses, how is it that Sajjan Kumar finally ended up in the dock with a life sentence pronounced against him?

The high court said the accused were brought to justice primarily because of “the courage and perseverance of three key eyewitnesses” — Jagdish Kaur, her cousin Jagsher Singh and Nirpreet Kaur.

In those fateful days in November 1984 Jagdish Kaur was a busy housewife with five children whose husband ran a taxi stand. Jagsher Singh was a young man, who wore his hair fashionably short rather than have a turban like his brothers. Nirpreet Kaur was a 16-year-old teenager, attending an English medium school, whose father was the head priest of a Gurdwara.

Jagdish Kaur: On 1stNovember, on what should have been a normal afternoon Jagdish Kaur saw her husband beaten and killed, her 17-year-old son burnt alive, her cousins grabbed by a mob and also set on fire. “When the chowki in-charge asked the mob, ‘kitne murge bhun diye’ (how many chickens had been roasted)… I felt I had lost faith in humanity,”Jagdish Kaur later told a court in 2010. On 2ndNovember while on her way to a police station to lodge a report, Jagdish Kaur saw Sajjan Kumar inciting a mob. At the police station the officer taking her statement, tried to frighten her, saying she was naming powerful people and wouldn’t be able to protect her surviving family. Refusing to be intimidated Jagdish insisted on filing her report. On 3rdNovember Jagdish returned to her family home and with her own hands built a funeral pyre;  “I broke the windows and doors to get wood…,” and herself conducted the last rites for her husband and son.

Now 79 years old, Jagdish has endured 34 years of fighting the system, of her life being in danger, having her statements corrupted and disbelieved. Till 17thDecember 2018. 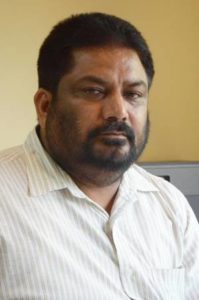 Jagsher Singh:“The HMTwatch around Narender Pal Singh’s lifeless wrist stopped ticking at 6.32 am on November 2, 1984. It froze as Jagsher Singh, 17 at the time, saw his eldest brother being beaten with rods and set afire by a mob…”When the mob moved on,  Jagsher grabbed the watch and ran for many kilometers to find help. He has accused Sajjan Kumar of provoking the mob which killed his brothers.

Now 50 years old, he says he survived because he’d cut his hair short and not worn a turban; the mob must have thought he was a Hindu. In the last 34 years of trying to get justice his credibility and even his nationality have been questioned. The struggle has cost him dear both financially and personally, with danger hovering over his family, the loss of precious minutes with his dying mother, and endless journeys to Chandigarh and Delhi. “This case has taken over my life, but it’s my priority.” 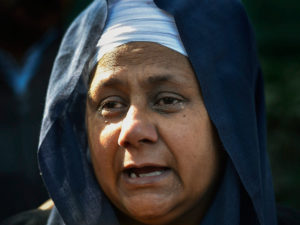 Nirpreet Kaur: Had been only 16 at the time, but she recognised and for years afterwards named some of the men who burst into their home, attacked her family and in front of her eyes, burnt her father alive. Not only did she name these men but knew their connection to Sajjan Kumar, and saw him in the area.

She recalls how kerosene was sprinkled over her father and how a policeman threw a box of matches to the mob to set him alive.

Escaping to a relief camp with her mother and siblings, a murder attempt was made on them while they were in the camp, as Nirpreet had now become a key witness. Nirpreet’s tireless fight for justice saw her imprisoned for 9 years. “It was a false case, done to derail me,” she said. Her mother was also jailed ‘for three years and a month,’ Nirpreet poignantly recalled in one of her interviews.

Nirpreet spent years tracking down other witnesses and families who had lost people, to help preserve testimony and build up the case. “I have missed weddings, funerals, festivals. I skipped milestones in the lives of my three children for the case. Justice for my father saab is my priority, it will always be,” she said.

On 17thDecember, at the Delhi High Court, the three witnesses were present when Sajjan Kumar  was finally sentenced to life imprisonment.

Outside the court, in the media crush, Jagdish was asked how she felt. As if speaking for the three of them she said “Thoda sa sukh mila hai.”(A little solace has been given). 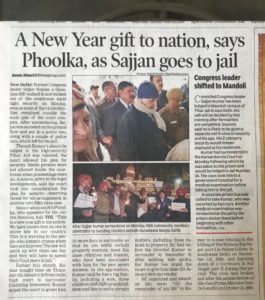 If anyone wants to know more about the 1984 Genocide, I recommend Pav Singh’s brilliantly written book: 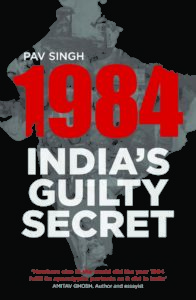 In remembrance and honour of the victims of the 1984 Sikh Genocide.

Images from The Wall of Truth memorial, containing the names of all those who died. 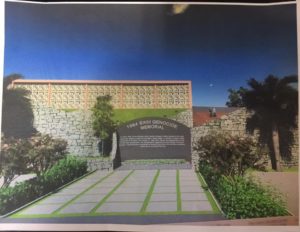 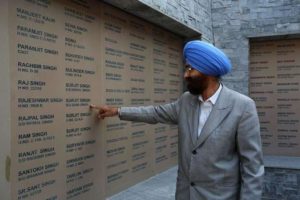