In a world where we have war, plague, school shootings, more doom and gloom scenarios than we can comprehend, it’s no longer just a preacher on the high street threatening apocalypse, but many an expert and pundit. Food insecurity has raised its dreaded head. Not just caused by the war in Ukraine, the climate crisis, covid, but also by the inherent instability in food systems. Today, Saturday 28th May 2022 is World Hunger Day.

Wars are the human nightmare, bringing death, destruction, and starvation. Forcing people to run for their lives and flee their homes. I find it shocking to read that one in every hundred people in the world are refugees, asylum seekers or internally displaced within their own countries. That’s a huge chunk of the world’s population.

In terms of moving food around the globe, from where it’s grown to where it’s being sold, George Monbiot writing in The Guardian, notes that “On one estimate, just four corporations control 90% of the global grain trade. The same corporations have been buying into seed, chemicals, processing, packing, distribution and retail.” A terrifying statistic, posing a danger to us all. Power, in this case food as power, is ever open to abuse: such as arbitrary price rises (presented to consumers as ‘unavoidable necessity’, accompanied by profuse words of ‘deep regret’); food can be weaponised or withheld. The recent, historic protests by Indian farmers, made the same points as they resisted laws which would ultimately give corporations power over agriculture. 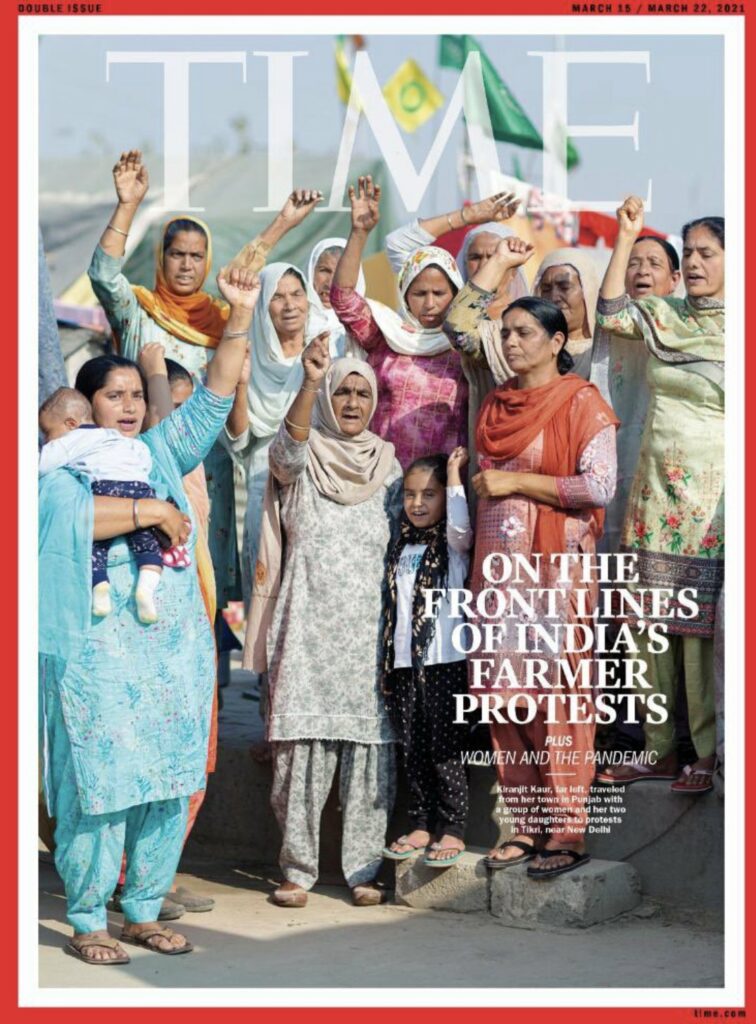 Nevertheless, there’s nothing new about starvation, and the world doesn’t need a war to recognise the existing levels of hunger. Those of us who live comfortable lives, who ‘watch what we eat,’ and count our calories may be oblivious to vast swathes of the world where food is a scarce commodity, and people barely get a decent meal let alone worry about their waistlines or their ‘five-a-day.’

“Around the world, more than enough food is produced to feed the global population—but as many as 811 million people still go hungry… After steadily declining for a decade, world hunger is on the rise, affecting 9.9 percent of people globally.”

Hunger can become a vicious circle, it can arise from conflict, and it can cause conflict. As António Guterres, UN Secretary-General, has articulated: “If we do not feed people, we feed conflict.”  (https://youtu.be/igVHFP2kGNw)

28th May was designated as World Hunger Day by the Hunger Project in 2011, to highlight the global food crisis. Rather than focusing on problems, 28th May focuses on solutions, inviting “…global citizens to highlight sustainable solutions to world hunger and declare our own role in making a hunger-free planet a reality.” The theme for 2022 is “Safe food today for a healthy tomorrow‘ which stresses that production and consumption of safe food have “immediate and long-term benefits for people, the planet, and the economy.”

Gender also plays a role in who goes more hungry than others; through tradition and culture women are often taught from childhood onwards to give more food to the males in their family, to prioritise their needs. When I was young, I remember being shocked when we visited a newly arrived family from India; the mother served her sons on normal dinner plates, with generous amounts of food, but used smaller side-plates for her daughters, with resulting smaller portions. A few months ago, chatting to a family member who lives in an area with a high South-Asian population, I was astonished to hear this practice still continues amongst some families. It’s not surprising therefore that of the world’s hungry, 60% are women and girls.

Most of the world’s suffering, whether through violence, repression or emotional abuse is inflicted by people on people; including war, climate change, and political policies. Notwithstanding the past, it’s mostly true that what people do – people can undo. Whilst acknowledging the dire state of the world, I still believe fervently and passionately in human intelligence, imagination, creativity, and empathy. We all seek happiness, not on the basis of someone else’s unhappiness, but as a natural human aspiration. If we’re capable of sending rockets into space, we’re capable of ending hunger.

The Hunger Project declares unequivocally that “Hunger is not inevitable. It is the biggest resolvable problem in the world. Ending hunger by 2030 is totally achievable.” Their work is based on the principle that “Hungry people aren’t the problem. They are the solution.” Focusing on people, and on issues such as food, health, women’s rights, they work on sustainable solutions, as shown in this video.

Harvest Plus concentrates on tackling “hidden hunger” with biofortification, by breeding vitamins and minerals into everyday food crops. “Our innovative approach complements other nutrition interventions, and is evidence-based, cost-effective, and sustainable.”

Cellular Agriculture is right at the frontier of a food revolution. Sci-fi becoming real, with knowledge and processes which could transform food production and reclaim our planet.  “To produce cultured meat and seafood, stem cells are initially sampled from animals through a painless biopsy. These cells are then fed with nutrients in large vats, also known as cultivators, where they multiply and differentiate.”  Other products such as milk and cheese can also be grown by a precision fermentation process.

I’m a vegetarian but am aware that most of my meat-eating friends, much as they may enjoy meat, are certainly horrified by industrial farming of meat, where animals are kept in horrendous conditions as they’re fattened for the abattoir. Isha Datar explains that meat could be produced very differently in this fascinating TED TALK.

On World Hunger Day we must consider all sustainable solutions for eliminating hunger, and averting climate catastrophe. Our wonderful planet, its people, flora and fauna deserve no less.