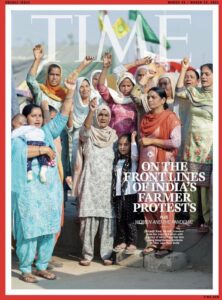 In 1577, in France, a text was published covertly, written by Etienne de la Boétie, called The Discourse of Voluntary Servitude, asking a question which rings through the centuries to this day. ‘…why is it that a minority of rulers can remain in power over a majority of subjects who pay all the taxes. His answer is that most of the subjects willingly submit to rule by a minority.’

It rings in those countries, which may be democracies, but where a small elite, hand in hand with big corporations, exercises power to the detriment of their country and its people – such as the UK and India.

For women, it rings internationally, across the globe, from the smallest village to the largest city: wherever women are treated as second class citizens, denied education, or their inherent right to justice and freedom from fear.

The UK is reeling under the brazen corruption of its current government, where a small elite are abusing their power, favouring and enriching their cronies and donors, and failing to properly care for the people. As the British struggle to cope with every new misdeed by their ministers, in India, the question has been answered by the hardiest of the hardy: its farmers. Men and women. The farmers’ protest against the new farm bills, which they say are harmful to them, isn’t only the largest ever to happen, but also the first in which thousands of Indian women farmers are participating. No wonder they grace the cover of Time magazine’s new International issue and the pages of Stylist magazine. 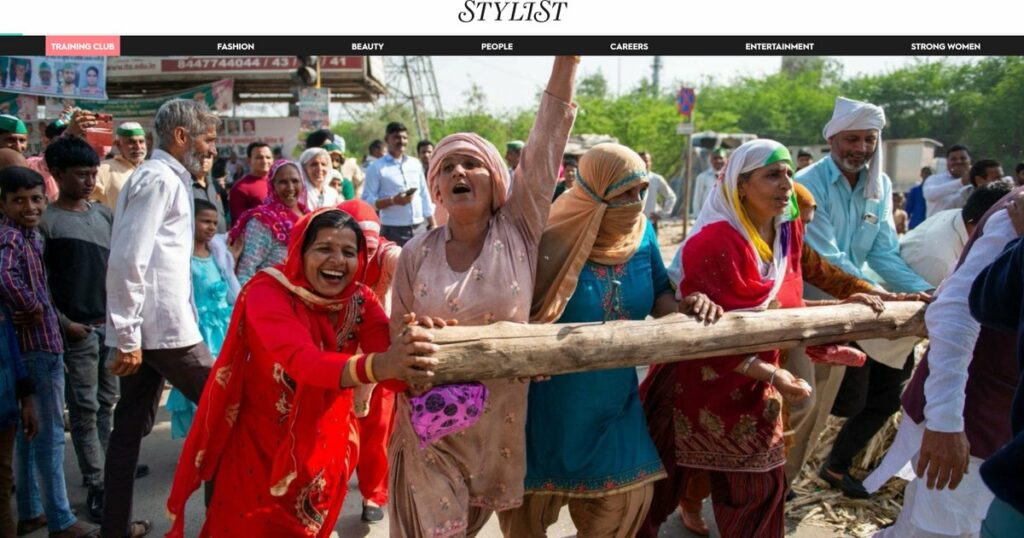 In the month of March 2021, days before International Women’s Day is to be celebrated, an Indian father beheads his daughter in a so-called ‘honour killing,’ then carries her head to the police station where he hands himself in. In a different case a Chief Justice of the Supreme Court of India is under fire for telling the brutal rapist of a schoolgirl, that he could be let free if he agrees to marry her; an appallingly cruel suggestion, a travesty of justice, in effect sentencing the victim to a life of savagery and violence.

In yet another completely separate case a young woman takes her life by jumping into a river, to escape the abuse and suffering of her married life. Ayesha Arif Khan was only 23-years-old. Ayesha recorded a message for her family, which has gone viral and sparked outrage in India. Not only were her in-laws asking for more dowry from her family, but her husband also had a girlfriend and would talk to her graphically, in front of Ayesha. In her last poignant words, she says that whatever she’s going to do is of her own free will, but it’s now been revealed that in an argument with her estranged husband, he’d taunted her to go drown herself. There’s a longer, heart-breaking version of the video, where her parents are on the phone, begging and pleading with her not to do it and just come home, ‘come home, come home,’ they keep urging.

Further in the message, Ayesha’s soft, wryly uttered words make the greatest indictment of this world there could ever be: ‘I’m praying to God, never put me with humans again.’

No-one should have to die to escape oppression. A culture of voluntary servitude demeans free will and kills choice. As Boétie says, “The tyrant has nothing more than the power that you confer upon him to destroy you.” And adds this call to action: “Resolve to serve no more, and you are at once freed. I do not ask that you place hands upon the tyrant to topple him over, but simply that you support him no longer;”

In other words, you withdraw your consent, is basically what he’s saying. The protesting women and men farmers of India, of every background, Hindu, Muslim, Sikh, Christian and others, have no desire to topple the government. All they want is for the unjust farm bills to be repealed. Then they’ll pack up their belongings, load them into their trailers and head off home. But not till then. Even if they die at the protest camps. I understand that resolve, the imperative that some fights may have to go to the very end.

In a small way, I experienced this epiphany last year. At my favourite supermarket there’s always someone sitting outside, begging for food or money, and people usually donate. That morning, as I was walking up I saw a refugee woman sitting outside and shockingly, a thuggish white man angrily moving rubbish bags from in front of a shop and putting them around her. My immediate reaction was ‘I’m not having it.’ I stood next to the woman and said to him, ‘you’re not doing this.’ Swearing and threatening he barged towards me, stopped, backed away, barged forwards again, and so on. I looked him in the face, stood firmer, straighter, knowing it needed to be done and if necessary, done to the very end.

The threat to me lasted only a few minutes, before the racist stormed off, banging furiously on a bus shelter as he passed. However, the torture meted out to Nodeep Kaur, a dalit labour activist, and a supporter of the farmers’ protest, who was arrested at Singhu protest site, was sustained, brutal and sexual.

‘Nodeep was taken into custody by Haryana Police on January 12. Nodeep said she was taken to the Kundali police station but was put in a van with her hair caught and beaten up….Booted and kicked in private parts. Stabbed with a lathi. Bleeding. Four policemen entered the body and tortured it. That night she was taken to Sonipat station. The room was closed for two days. The persecution continued. There were always wounds on the body. Yet the medical report was not prepared. Kaur said the court allowed the medical examination two weeks later.’

‘The police kept telling me while harassing me that I was a dalit and that I should understand this and act accordingly. My job is to clean the gutters. Who gave you the right to organize a protest against big people?’

Despite her ordeal, the beatings and rapes, Nodeep has declared her intention of continuing to support the farmers and work for the rights of labourers. Incredible bravery.

Who gave you the right to organize a protest against big people? Nodeep and the protesting women farmers can answer that question in big bold letters: ‘WE TOOK THAT RIGHT’. Wherever he is, Etienne de la Boétie must be applauding in delight.

The theme of International Women’s Day 2021 is #ChooseToChallenge. Through the last twelve months, many women, like the young girl killed by her father or Ayesha Arif Khan, may not have made it this far, but their memory will feed into the momentum against the second class status that voluntary servitude creates. The women farmers and all those supporting them can truly say, we’ve #ChosenToChallenge.