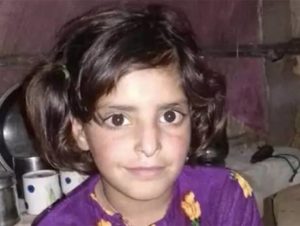 Activists in the US talk of the Founding Fathers and the betrayal of their ideals by Trump and his administration. Let’s remember India also had it’s Founding Fathers – and its Founding Mothers too.   Women who struggled and sacrificed for India’s freedom; who spilled their blood, were beaten and killed. From the Rani of Jansi who led her army into battle against the British, to Lakshmi Sahgal who led a women only regiment in the Indian National Army, to Aruna Asaf Ali, who came to be known as the “Grand Old Lady of the Independence Movement .”

Sikh, Muslim, Hindu: women of every creed and background, fought for India’s independence and the ideals of equality, justice and dignity for all citizens. The citizens included every young woman and every girl child.

It’s 2018, barely seventy years after Indian independence and The Founding Mothers have been bitterly betrayed.

On 10th January this year, 8 year old Asifa Bano, from the nomadic, Muslim Bakarwal community, was grazing the family horses in a meadow in Kashmir. She was abducted by Hindu men, held captive in a temple, drugged and gang-raped. Her torment continued over three terrible days. Little Asifa Bano was then strangled, burned, bludgeoned with a rock, and her body thrown into the jungle.

When her six attackers were arrested (they included the caretaker of the temple and two police officers) injustice took to the road: the Bar Association of Kathua, actually offered them free legal assistance. Members of the same association blocked police officers from submitting the charge sheet to the chief magistrate for six hours, forcing them to present it later, at the magistrate’s house.

Followers of the extremist Hindu Ekta Manch, or Hindu Unity Platform, marched through the streets, demanding the police release the men. Two members of Modi’s BJP party, publicly defended the accused men. Even more shockingly, dozens of Hindu women, helped block a highway and organize a hunger strike. “They are against our religion,” said Bimla Devi, one of the protesters. “If the accused men aren’t released,” she said, “we will burn ourselves.”

A little 8-year old girl from a nomadic community, by her very existence and by the fact she is Muslim, so threatens the majority Hindu community she has to be violated and tortured by grown men? What kind of a political argument is this? The one that wants to satisfy the lust of men and terrorise a poor community of a different religion. The kind that prime minister Modi has allowed to take root in India. Violent, undemocratic and terrifying.

The Founding Mothers are watching in horror.

It took till April, after a national and international outcry over the case, for Narendra Modi to condemn it and promise justice.

Asifa isn’t the only one to suffer so. Apart from all the ones that go unreported, there’s the case of a 16-year old girl in Unnao, who it’s alleged was raped by a BJP lawmaker, Kuldeep Singh Sengar. Not only has there been a smear campaign against the girl’s family, but Senger’s brother brutally assaulted the girl’s father. In a strange exercise of law enforcement (the word ‘corrupt’ springs to mind ) the girl’s severely wounded father was the one arrested by the police. He died later in their custody.

The Founding Mothers must be harrowed by what they see.

As if speaking for them, 49 former civil servants have written an open letter to  Prime Minister Modi: ‘We are a group of retired civil servants who came together last year to express our concern at the decline in the secular, democratic, and liberal values enshrined in our constitution. We did so to join other voices of protest against the frightening climate of hate, fear and viciousness that the ruling establishment had insidiously induced.

….and goes on to say: The bestiality and the barbarity involved in the rape and murder of an eight year old child shows the depths of depravity that we have sunk into. In post-independence India, this is our darkest hour …  Prime Minister, we write to you not just to express our collective sense of shame and not just to give voice to our anguish or lament and mourn the death of our civilisational values – but to express our rage. Rage over the agenda of division and hate your party … have insidiously introduced into the grammar of our politics, our social and cultural life and even our daily discourse. It is that which provides the social sanction and legitimacy for the incidents in Kathua and Unnao.

They  conclude: …This is a moment of existential crisis, a turning point – the way the government responds now will determine whether we as a nation … have the capacity to overcome the crisis of constitutional values, of governance and the ethical order within which we function.

The Founding Mothers of India are watching you Prime Minister Modi and hold you to the values for which they fought and died.

Whether it’s Modi, Trump or Putin, women everywhere are conscious of their history, the rights and dignity due to them and to all citizens in any country. That means Prime Minister Modi, during your visit to Britain, you will be called to account.