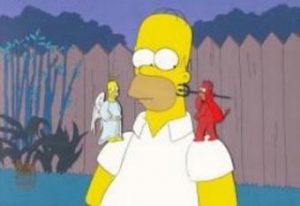 After my last post, discussing the question of morals and values existing independently of God, I was left wondering if there was one moral, or value, or distinctive ethical attribute, which we could say defines the human. Which we could even say, is the essence of the human.

I believe we have a moral sense, evidenced to a greater or lesser degree in our societies. Often fractured and fragmented but existing nonetheless. However, is there a core moral idea from which we evolve our morality and ethics, which forms our deepest nature, and reveals us to ourselves?

It’s said our survival instinct is our paramount instinct, kicking into action as soon as we feel threatened. Indeed, we’re constantly judging what’s safe or unsafe for us, assessing if an action may injure or even kill us. However, over the thousands of years we’ve been existing on this planet, we’ve exercised other instincts which appear to contradict the survival instinct. Parents sacrificing their lives for their children is a prime example, as well as citizens of a country sacrificing themselves for the sake of other citizens, to keep them safe from invaders, or to free them from tyranny; or for the sake of an ideal, such as conscientious objectors.

On a daily basis, it appears to me, we’re also constantly, often unconsciously, assessing the moral impact of our actions. Asking ourselves, ‘Will this action break the natural law of right and wrong? Will I hurt or damage someone? Will I hurt my own conscience?’

If someone drops a scarf in the street, we run after them and return it, or if someone’s going towards a broken bridge we warn them off. These actions come naturally and intuitively. The real dilemmas arise when our own survival is at stake. If we were on a sinking ship, would we take the last seat on a lifeboat, leaving another person to drown? Whether we do or don’t, what’s interesting is that we ask the question, we grapple with the right and wrong of it.

Survival may be our most atavistic instinct, but it appears to me there’s another, equally atavistic instinct bound up with it, part and parcel of it. We want to survive but we want that survival to be in the right way. We don’t want our survival to be at the expense of others. Thus in war time, those who collaborate are few, while those who quietly, insidiously resist, are many.

Surely an absurd claim, after a young refugee boy was brutally beaten in London by a gang? As a Dalit man in India was allegedly beaten to death by police in India? As women daily suffer violence in their own homes? As war, poverty and injustice are inflicted on millions of people across the planet? To assert that we have a consciousness of right and a need to do what’s right, appears to be a willful denial of human history and its savagery?

And yet, Khalil Gibran says: “For what is evil but good tortured by its own hunger and thirst?”

Conquerors, religion, and business, have all interfered with our natural sense of right and wrong, re-fashioned it to serve their own ends. We may be talking about Fake News now, but Fake News began a long time ago.

Empires justified themselves by claiming to be a civilising force, slavery justified itself by denying slaves their humanity, and men justified their oppression of women by claiming to be superior. Religion staged the greatest coup, appropriating all interpretation of right and wrong, claiming authority from the divine, and forbidding doubt and discussion. Remember the burning of ‘heretics’, and look at the blasphemy laws across the world.

“Right is Right, even if nobody does it. Wrong is wrong even if everybody is wrong about it.” (G. K. Chesterton)

History may be the catalogue of actions that are wrong and unjust, but history also catalogues the opposite: revolutions which have toppled empires, and social movements which have struggled against injustice. Long and arduous as such campaigns are, they demonstrate sustained commitment to doing what is right. Slavery has been abolished; women’s sense of injustice has gathered traction and men’s authority has been challenged. The track record of orthodox religion is under scrutiny, it’s no longer seen as the sole arbiter of what’s right and wrong. And an individual, ethical spirituality, is a growing movement across the world.

The momentum of such campaigns was often driven by the self-sacrifice and the acceptance of brutal punishments, by those who were involved. Demonstrating that our need to survive is inextricably linked with our need for what is right.

Disasters and tragedies have shown we don’t like to survive at the expense of others, and we don’t like to be the only ones to survive. Survivor guilt has been well-documented, where people often feel it’s wrong they survived while others lost their lives.

Shania Ryan, a survivor of London’s 7th July 2005 bombings said  “When you’re there and you can hear somebody’s pain, and the whimpers are getting quieter, it’s immediate guilt. That you can’t help. That it’s them and not you.” Luis Burbano, a survivor of the Pulse Nightclub attack, suffers crippling guilt, and when a friend said he’d been given a second chance, he said, ‘I regret it. I regret that second chance.’

It appears to me we are imbued by a sense of right, which is inextricably part of our sense of survival and safety. From this sense of right, we’ve evolved our morals and ethics, social progress, democratic institutions, and our scientific and artistic achievements.

Contradictory as it may appear, I believe our essence is to do right, and we have a need to live according to it. History’s march shows us that doing what’s right, is the threshold to which we always return.

In the age of technology, as robotics develop, it’s more important than ever to look inside ourselves and recognise what our prime needs are, and act according to them. To use them as the touchstone, the reference point by which to shape our future. To do right, is to ensure our safety, and by extension, our happiness.

All of which are based on doing what’s right, including fair wages and good working conditions.

Mockery, scorn and ridicule, is often poured on the idea of doing what’s right. Skepticism derides it as the excuse of weak, pathetic people who can’t fight for their place in the world. ‘It’s a jungle out there,’ and ‘Survival of the fittest,’ are regularly quoted as the ideas to live by.

In an interview in The Observer, the author of Sapiens, Yuval Noah Harari, is asked by Lucy Prebble, “What is the biggest misconception humanity has about itself?” His answer, to quote in full, is this: “Maybe it is that by gaining more power, over the world, over the environment, we will be able to make ourselves happier and more satisfied with life. Looking again from a perspective of thousands of years, we have gained enormous power over the world and it doesn’t seem to make people significantly more satisfied than in the stone age.”

Further on in the same article, Yuval Noah Harari is asked about the role of morality in a future world of advanced technology and artificial intelligence, and replies: “I think morality is more important than ever before. As we gain more power, the question of what to do with it becomes more and more crucial, and we are very close to really having divine powers of creation and destruction.”

“…divine powers of creation and destruction.” That’s a chilling thought. If we don’t know ourselves, and don’t acknowledge that our most essential need is to do right, if we deny its role and purpose in creating our safety and happiness, we may be heading for a darker and more dangerous future, than any that’s occurred so far.

I started this post wondering if there was one moral, or value, or distinctive ethical attribute, which we could say defines the human. Which we could even say, is the essence of the human. I would now say that the consciousness of right, and therefore doing right, is that axial element, is the heart of us.