In a week when Vladimir Putin rained down missiles on Ukrainian cities, a Hollywood star mounted the stage at the annual Oscars bash and slapped the award presenter, Chris Rock. Putin invaded Ukraine, a democratic nation far smaller than the mighty Russian state, to “demilitarise and de-Nazify” it, so that Russia could feel “safe”. Will Smith whacked Chris Rock across the face, after the awards presenter made a joke (an ill-judged and hurtful one) about his wife Jada Pinkett-Smith appearing shaven headed, despite Pinkett-Smith having bravely gone public about suffering from alopecia.

Violence is used in both cases; albeit a war and its destruction are on a catastrophic scale and a slap against an individual is personal and limited. However, the underlying purpose of using violence is to physically punish the perpetrator (Putin is punishing Ukraine for its independence from Russia, and Will Smith was punishing Chris Rock for deriding his wife). Words, speech, negotiation and dialogue could have been used in both cases. Alopecia UK has done exactly this for Will Smith, advising that  he should have grabbed the mic and said the following:

“Apologies everyone for interrupting the proceedings but I really feel the need to challenge the joke that Chris Rock made just now about my wife Jada. The difference between Jada and Demi Moore, who shaved her head for the role of GI Jane years ago, is that my beautiful wife’s lack of hair is not entirely by choice. She has a medical condition called alopecia and she has chosen to embrace the baldness that brings rather than wear a wig as many women with alopecia do. There have been times when this condition has caused distress and anguish to my wife and, as a result, to me and my family.

I feel it is time that obvious jokes were not made about anyone’s appearance. In a society where it is unacceptable to make jokes about someone’s race, sexuality or disability, perhaps it’s time we extended that to include any visible difference. Yes, my wife is bald. But is that any reason to uninvitedly bring her into a joke when she is here, like anyone else, to simply enjoy the evening?

There is another reason for me to call out such a joke. All across the USA and the rest of the world, millions of children and teenagers are living with alopecia. Some of them are unfortunately having to deal with bullies who make jokes and jibes about their hair loss. This should not be happening in 2022 and yet it is. This month, tragically, a 12 year old girl with alopecia took her life because she felt she could no longer face the bullies who were making her life miserable. All because she looked different.

Chris, if I allowed your remark to go unchallenged, millions of people around the world would see it reinforced that it’s ok to make jokes about people with a visible difference that they cannot control. It is not ok and it’s time it stopped. Thank you.”

Unfortunately, Will Smith allowed his emotions to propel him into violence, something that he grew up with. Violence breeds violence. Call it a truism, a cliché, a proverb or whichever descriptor pleases you, but its truth is as hoary as time. Vladimir Putin, was born into Stalin’s totalitarian regime and grew up to become a KGB agent. The KGB is hardly famous for its skills in discourse and debate. Will Smith has revealed his father was horrifically violent, that he’s been haunted by not being able to protect his mother. (Just as an addition: I’ve never forgotten the story of double Olympic boxing champion Nicola Adams, whose family was so terrorised by their father, she took to sleeping with a hammer under her bed, in case she needed to run and defend her mother. Luckily for her and others, Nicola channelled her energy into becoming a boxer.)

I’ve always been troubled by the casual use, acceptance, and glorification of violence. Much as I appreciate not everyone justifies it, its prevalence in our world is as pervasive as oxygen. From violence in the home, to violence on the streets, to violence across huge parts of the globe, this monster is embedded in our lives and our global narratives. From history onwards: check the statues dedicated to men who killed for country and colonialism; our traditions, think so-called ‘honour killings; business practices which include violent strike-breaking; law enforcement resulting in deaths in custody; social relationships fractured by feuds and revenge murders; political systems based on adversarial patterns; child-rearing which includes slapping and beating; and so much more, including racist violence, religious persecution, caste and class war.

We Homo sapiens began evolving around 300,000 years ago and human civilisation was formed approximately 6,000 years ago. Back in the day we may have started off fighting for food and shelter, coalesced into tribes, small states, eventually becoming nations, but over the passage of those thousands of years, with the development of language, knowledge and reason, surely our barbarian ways should have disappeared? Surely, we should have discarded violence as primitive, destructive and inhumane?

How is it that we’re still manufacturing bombs, missiles, rockets, guns, grenades and all the paraphernalia of war? Earning money from making killing machines. Which in turn destroy homes and cities, displacing millions of people, creating a refugee crisis of gigantic proportions. The ghoulish arms industry is often defended as contributing to the economy and providing jobs. I’m not an idealogue who asks for change to happen instantly, for workers to be made unemployed and for their families to suffer. My abiding belief is in human intelligence, creativity and empathy, which unleashed, can come up with astonishing solutions, and in this case could do so, if given the task. It’s very feasible that alternative businesses and employment could be developed. As the old adage goes: ‘Where there’s a will, there’s a way.’ Humanity can decide to move away from equipping and justifying war; it can reject the belief that violence is a part of human nature.

Authority and violence are often confused as being interdependent. Recently, Wales passed a law making it a criminal offence to inflict physical punishment on children; a chorus of voices rose up protesting the law would erode parental authority.

Authority, in this case meaning physical force, is seen as the only method of ensuring ‘good’ behaviour. Thereby, devaluing reason, explanation, and non-violent means such as ‘time-out’.  I fully believe in teaching children to obey rules, accept discipline, and learn between right and wrong. Nonetheless, the use of violence on children attacks their sense of human value, i.e., their sense of self-worth and the worth of others, and most unacceptably demonstrates to them that inflicting pain on someone else, is ok.

We can see the destruction caused by war: the homes, hospitals, schools and public buildings reduced to rubble in an instant, the deaths and injuries. Violence in homes, generally against women and children, may be hidden, but the suffering and long-term effects are also profoundly destructive; a poison distorting behaviour and permeating into society.

The disciplines of psychology, sociology and related studies have increased our understanding of human behaviour patterns, and tools have been developed for defusing and dealing with varied scenarios such as threats of violence, anger and similar dangers. 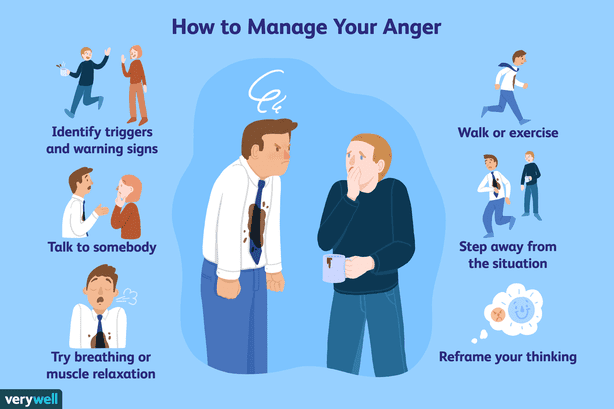 I doubt we will ever get an admission of wrong doing from President Vladimir Putin, but the actor Will Smith has issued an apology: “I would like to publicly apologize to you, Chris. I was out of line and I was wrong. I am embarrassed and my actions were not indicative of the man I want to be. There is no place for violence in a world of love and kindness…Violence in all forms is poisonous and destructive… I deeply regret that my behaviour has stained what has been an otherwise gorgeous journey for all of us, … I am a work in progress.”

Humanity itself is a work in progress, but we need to look at the direction of travel. There’s a wealth of experience, strategies and research on how to peacefully deal with violence. I believe that such knowledge, together with peace studies should be part of the curriculum in schools and universities. Leading us to tip the balance against violence and begin to eradicate it from homes and global relationships. The planet would be a far happier, more prosperous, and above all, safer place for everyone. And by the way, if we didn’t have to deal with wars and violence, we could tackle climate change asap.