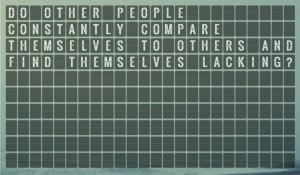 British-Asians are invited to lighten their souls and unburden their secrets.

We live in two worlds: the known and unknown, the revealed and the secret. Both travel together, like light and shade, night and day. Both shape our lives and destinies. And both live inside us. I doubt there’s a human being upon this planet who doesn’t have a secret, whether it’s big or small, important or frivolous, selfish or altruistic. Whatever it is, whatever its nature, the fact that it’s hidden, guarded, kept silent, means its revelation would have an impact in the world, and generate consequences for the holder of the secret.

Secrets and truth go together, if one is hidden and buried so is the other. Morality is also part of the mix, whether based on social convention, philosophy, religion or a legal system, for secrets often break a moral code. Equally, secrets are often generated by oppressive social traditions, which restrict freedom of thought and action, and are the only way the powerless can gain some agency. 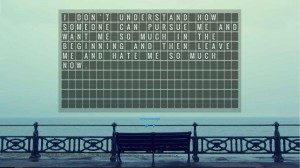 Truth and secrets, form the main themes of my novel, The Coral Strand. The secrets belong mainly to the past, but leave the present so punctured and rootless, they have to be hunted down, unearthed, and eventually revealed – a revelation that leads to the most heart-rending secret of all, a tragic truth which hurts as much as it assuages.

Neither innocent nor neutral, secrets are multi-dimensional, their existence revealing aspects of human nature and social ideas of what is considered right and wrong, moral or immoral. A revealed secret often casts a spotlight on our deepest selves, our values and illusions. It can lead to soul-searching, changes and a broadening of the pool of knowledge.

“I’m afraid that there is a darkness, a meanness inside me that is trying to smother my kindness, my generosity,and my capacity for love.”

Truth nestles within secrets, not dead, not inert, but forever exerting a pressure, pushing at the hidden walls; forever reminding the holder of its presence; making the secret grow heavier, making the guilt grow with passing years. The Ancient Mariner must constantly buttonhole someone and tell his story; Tess, in Tess of the D’Urbervilles, in one of the most haunting episodes in literature, feels impelled to reveal the truth to her fiancé, of what’s happened to her, but her letter slides under the carpet, with tragic consequences; Mr. Rochester in Jane Eyre, locks up his past in the attic of his house, and finds his house going up in flames. 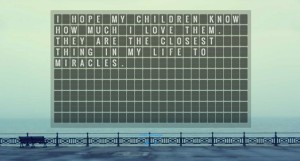 In 1973, the book, Variable Piece 4: Secrets, by the artist Douglas Huebler, was a compilation of nearly 1800 secrets written by random people. In 2005, Frank Warren started the PostSecret project in the U.S. “The concept of the project was that completely anonymous people decorate a postcard and portray a secret that they had never previously revealed.” ( Wikipedia). The premise being that revealing a secret is empowering both to the writer and to those who read it; allowing people to identify with others, broadening understanding and acceptance.

The PostSecret project achieved such success that it sparked several books and spin offs in countries across the world, from France to China, to Kazakhstan. In the UK, “PostSecretUK” has been set up by the celebrity gossip blogger Christopher Couture.

In September 2015, for seven days, Brighton station launched the Waiting Wall, as part of the city’s digital festival, deliberately echoing the idea of Jerusalem’s Wailing Wall. A place where commuters could anonymously reveal their innermost thoughts and secrets. Inspired by author and philosopher Alain de Botton, it offered “…a basic yet infinitely comforting – public acknowledgement that … none of us are alone in the extent of our troubles.” The posted messages ranged from the deeply private to general musings about life. All the secrets in this post have been taken from The Waiting Wall.

“I’m married with a wonderful son,but I am so in love with an ex-partner that my heart feels dead. I pine for her every single day. Even the idea of her gives me butterflies.” 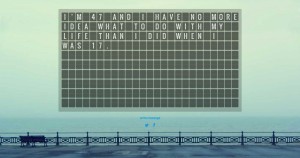 As a British-Asian, knowing the lack of opportunities for open discussion and debate, and fully aware of the role that secrecy and secrets play in the functioning of Asian society – given the complex and conflicting needs, rules and expectations – I’ve often wondered what goes on beneath the surface, under the skin, within the mind.

British-Asians are invited to write in with their views, thoughts, comments.