July 14th. Day of Memory for Victims of Honour Based Violence

‘Her father pushed her into the well. Who can blame him? Immodest girl, she was seen talking to a boy.’ The gathered women sighed and shook their heads as they sat in the shade of the varendah, embroidery or sewing in their hands.

This distant childhood memory has risen to the surface of my mind, and I realise with a shock that must have been the first honour killing I ever heard of. But not the last.

14th July is the memorial day for victims of honour based violence. Officially called The Day of Memory for Britain’s Lost Women it occurs on the birthday of Shafilea Ahmed who was killed by her parents in 2003 for refusing an arranged marriage and ‘bringing shame’ upon the family. She would have been 33 years old this year. A young woman with her whole life ahead of her: full of her hopes, joys, ambition and work; friends and laughter, sorrow and sadness, perhaps children and her own home. All the profound, transformative and ordinary experiences of life snuffed out. And for what? Whose needs were served by her murder? Her parents’ need to demonstrate they had the steely strength to punish their daughter for ‘shaming’ them by refusing an arranged marriage? The needs of their wider community to enforce obedience from women, by the misnamed idea of ‘honour’? Women and many men, across the world, pay with their blood for this so-called ‘honour’.

The charity Karma Nirvana, who helped to set up the Day of Memory along with Cosmopolitan magazine and The Henry Jackson Society, say calls to their helpline cover physical, coercive and emotional abuse, which will sometimes end in killing. Victims may also be subjected to sexual and financial abuse. Men are not exempt from honour based violence and forced marriages. An increasing number of calls are coming from LGBT people, whose sexuality is seen as a ‘stain’, as ‘forbidden and sinful,’ ‘damaging and shameful’ to the family. Many are under severe pressure to have an arranged marriage, so they can present an acceptable front.

We tend to believe abuse and violence are only inflicted by male members of the family, yet increasingly the role of mothers is being questioned. How can we forget the haunting case of Banaz Mahmod who, fearing for her life, went to the police and gave the names of the men they should pursue if anything happened to her, but touchingly says her mother will protect her at home. Poor Banaz whose trust was so tragically betrayed.

The relationship of mothers and daughters can be complex in any society. A composition of so many varied elements, love, nurture, protection, discipline, it can be difficult to distinguish when a mother crosses the line from protector to aggressor. As Rachael Aplin discusses in her paper exploring the role of mothers in ‘honour’ based abuse, the police and other bodies often overlook the role played by mothers and other female relatives. In Shafileas’s case it was the mother who’d attacked her physically numerous times, locked her in a bedroom for two days without food, and who enforced the ultimate action by declaring in Punjabi “just finish it here.”

Another memory surfaces in my mind. This time from schooldays in a Regency, Warwickshire town. Within my wider friendship circle was a strikingly beautiful mixed-race girl, whose father was Indian and mother Chinese. As she was a couple of years older I didn’t come across her everyday. However, I gradually noticed she was never around, she’d disappeared. Many years later I discovered what had happened: the girl had started a relationship with the parents’ lodger and become pregnant. When the parents found out they made her have an abortion, then her Chinese mother promptly bundled her off to India and got her married off there, saving the family from being ‘dishonoured’ in front of everyone in the town. 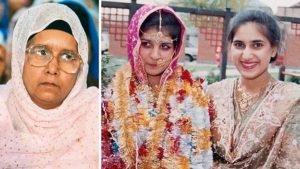 In the case of Surjit Kaur Athwal, it was her elderly mother-in-law who took her off to India, and there hired people to drug and killer her. Surjit’s body has never been found. The case was finally brought to justice through the efforts of Sarbjit Athwal (Surjit’s sister-in-law) after danger laden years of effort, and condemnation by many in the community.

Most of us find it difficult to accept the truth of such abuse and violent behaviour from mothers towards their daughters. As do people who work professionally in this area. Which means the role of mothers and other women relatives is often overlooked by agencies and law enforcement.

Those of us from similar cultural backgrounds are conscious that mothers are also trapped in the concept of ‘honour’. The mother’s duty is to teach her daughter what her ‘role’ is, discipline her, and ensure she conforms. Mothers have to look to their own survival within the family and society; they can face anger, blame, and worse. Fathers and male family members have been known to threaten to kill the mother, if the daughter refuses to obey.

Nonetheless, the rule of personal responsibility has to be applied. As it should be in any situation where people are in danger, harmed or attacked. In most cases of honour based violence, there may be a long lead-up of beatings and abuse till the last fatal action; a lead-up which can provide the mother and other female relatives, with time and opportunities to protect. 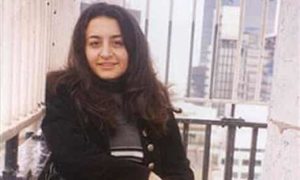 Although Tulay Goren’s mother initially supported her husband’s story that Tulay had run away, quite early into the police investigation, she decided to tell the truth, describing how she saw Tulay tied up the day before her death and providing other evidence, leading to the father’s conviction. As in the case of Surjit Athwal, Tulay’s body has never been found. The father refusing to reveal its location.

There are many mothers who’ve saved the lives of their daughters by warning them of impending danger or helping them escape. There’s the mother who desperately tried to save her daughter after she’d been stabbed by the father for having a boyfriend (the father and son had brutally stabbed the boyfriend too); the mother called the emergency services but the husband barricaded the front door, barring their entry; the mother then flung open the upstairs windows trying to help the paramedics enter the house. Then there’s the story of the Sikh woman who confronted a group of men intent on beating up a young woman – the young woman wasn’t even her own daughter. The girl had started a relationship with an English boy. The girl’s father and his friends decided to ‘teach her a lesson,’ and lured her to the house of one of the men. His wife was at home. As soon as the wife realised what was going on, she stormed into the room, defied the men and rescued the girl.

Unfortunately, not every story ends so positively and takes us back to the role of mothers and other female relatives. In her paper Rachael Alpin relates the harrowing case of a young Sikh woman, who had a Muslim boyfriend and who’d become pregnant. The girl was found lying in the road, suffering extensive injuries. ‘Investigators found an imprint of a ceremonial sword permanently burnt into her back’. In an interview with Alpin, a police officer talks about the case ‘…she was unconscious and she had – it was quite horrific actually… she had quite a lot of injuries, she had the imprint of a ceremonial sword on her back, that had been burnt onto her back……But mum seemed to be the driving force behind that…and I think mums have a very, very big part to play …they do still have…a matriarchal control on households.’ Because the girl had been so seriously injured she lost her unborn baby and was left physically disabled. The police were unable to prove her family were guilty of the horrendous attack. ‘Despite this, the investigating officer believes in her “heart of hearts” that the family, who ironically still ‘care’ for her, are the perpetrators. Consequently, she considers that women particularly are “the key to ending any form of honour based abuse”.

A potent statement recognizing the central position and responsibility of women.

I have endless sympathy for women whose families and male relatives have subdued and denigrated them and made them doubt their right to make moral decisions. On the other hand, once something is known, it can’t be unknown. When someone in the family is being beaten, abused and perhaps held prisoner – mothers, sisters and others in the family can’t claim to be merely bystanders. They have a duty of care. I understand there may be women who fear for their own safety, nevertheless in an age where technology facilitates almost instant communication surely an opportunity can be found to send an ‘SOS’: a word, a whisper, a message. Once a woman has taken her courage in her hands and broken the silence, she should be supported by everyone, including her wider family and community.

On average there are 12 ‘honour’ killings, let’s call them dishonour killings, a year in the UK. There must be many others which go unknown and unreported. The killers of Banaz Mahmod were only brought to justice because her boyfriend reported her missing. Such were the police failings, despite Banaz having given statements and detailed information to the police, her case would have gone uninvestigated if it hadn’t been for him.

Deeyah Khan has made an award winning film on Banaz and her company Fuuse productions have set up two online platforms to complement the film:

As part of Fuuse.net/hbva/ Nazir Afzal, renowned chief prosecutor, talks about the ‘collective’ nature of ‘honour’ killings, including ‘hit-men’ and in one case, the delayed recognition by the police, of the role of the women in a family where a young woman died.  https://youtu.be/JJArZrM8SY4

On this Day of Memory for Victims of Honour Based Violence, let’s call on women to remember they have a duty of care. Women are the key to ending honour based abuse.

I’m going to end this post with Deeyah Khan’s award winning film about Banaz. It’s heart-wrenching but crucial testimony about what was done to her, the monstrous men who abused and killed her, and finally, the determination of police officer Caroline Gooding to achieve justice for Banaz.